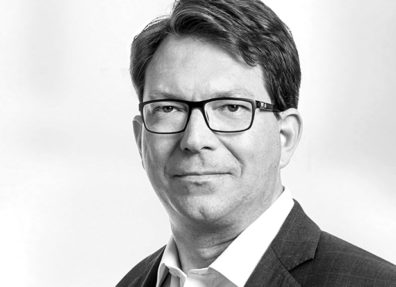 Louis-Pierre Gravelle specializes in the drafting and prosecution of patent applications and providing patentability, validity, infringement and right to manufacture opinions in the fields of electricity, telecommunications, mechanicals and information technology.

He is a registered patent agent in Canada and in the United States since 1998.

He completed his studies at University of Ottawa, where he obtained a Bachelor in Applied Sciences, Electrical Engineering (B. Sc. A) in 1991, a Bachelor in Civil Law (LL.L.) in 1994 and a Bachelor in Common Law (LL.B.) in 1995.  He is included in the Best Lawyers publication since 2012 as one of the leading IP attorneys in Montreal.
Member of the Intellectual Property Institute of Canada (IPIC) and the Canadian Bar Association (CBA), Louis-Pierre was called to the Québec Bar in 1995. He is also a member of the Ordre des ingénieurs du Québec (OIQ).

Louis-Pierre Gravelle is past-chair of the Intellectual Property Section of the Canadian Bar Association (CBA) and co-president of the Joint Liaison Committee – Patents between the Patent office and the profession. He is also a Councilor for FICPI Canada.

Among other responsibilities at the firm, he sits on the business development committee, the information technology committee and the office automation committee.